After his degree in Chemistry, Gorka Salas completed his PhD (2007) at the Universidad de Valladolid, under the supervision of Prof. Pablo Espinet and Juan A. Casares. His work during that time was focused in the field of organometallic chemistry and homogeneous catalysis, particularly in the mechanistic study of C-C bond forming reactions. In 2008 he moved to the group of Bruno Chaudret and Karine Philippot (Laboratoire de Chimie de Coordination-CNRS, Toulouse) and the laboratory of Catherine C. Santini (Labo- ratoire de Chimie Organométallique de Surface-CNRS, Lyon). There he studied the synthesis of metallic nanoparticles in ionic liquids and their use in catalytic hydrogenations.

Since 2011, he works at IMDEA Nanociencia in the synthesis of magnetic nanoparticles mainly, but not only, for biomedical applications. Since 2012 he is in charge of the Laboratory of Synthesis of Magnetic Nanoparticles where research is done in close collaboration with chemists, physicists, biochemists, biolo- gists from academia and industry.

His research is mainly focused in the preparation of magnetic hybrid nanostructures that could be used for medical imaging and treatment of tumors. That includes understanding the procedures that lead to well controlled inorganic hybrids that can respond different stimuli and developing general synthetic routes for different magnetic materials. Magnetic nanoparticles are being extensively studied worldwide as contrast agents for medical imaging and as nanoheaters under alternating magnetic fields. Many intrinsic and extrinsic factors (e. g. size, crystallinity, magnetism, aggregation, colloidal stability, dispersion medium, applied field, interactions with biological media) can influence the efficiency of nanoparticles in biomedicine. Another topic of interest, also for biomedial applications, is the use of hybrid magnetic nanocomposites as antibacterial agents, given the growing concerns about bacterial resistance and the lack of alternatives to antibiotics. 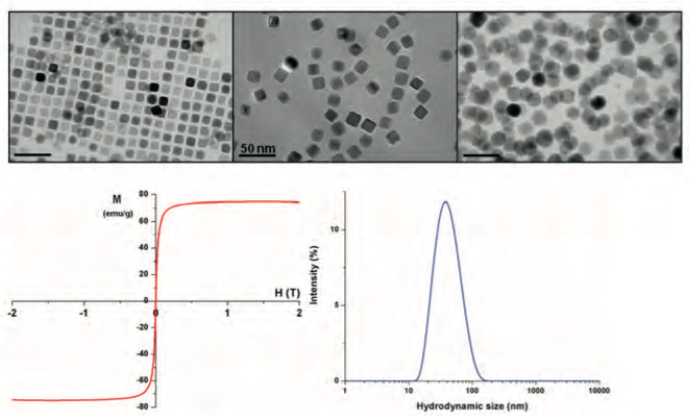